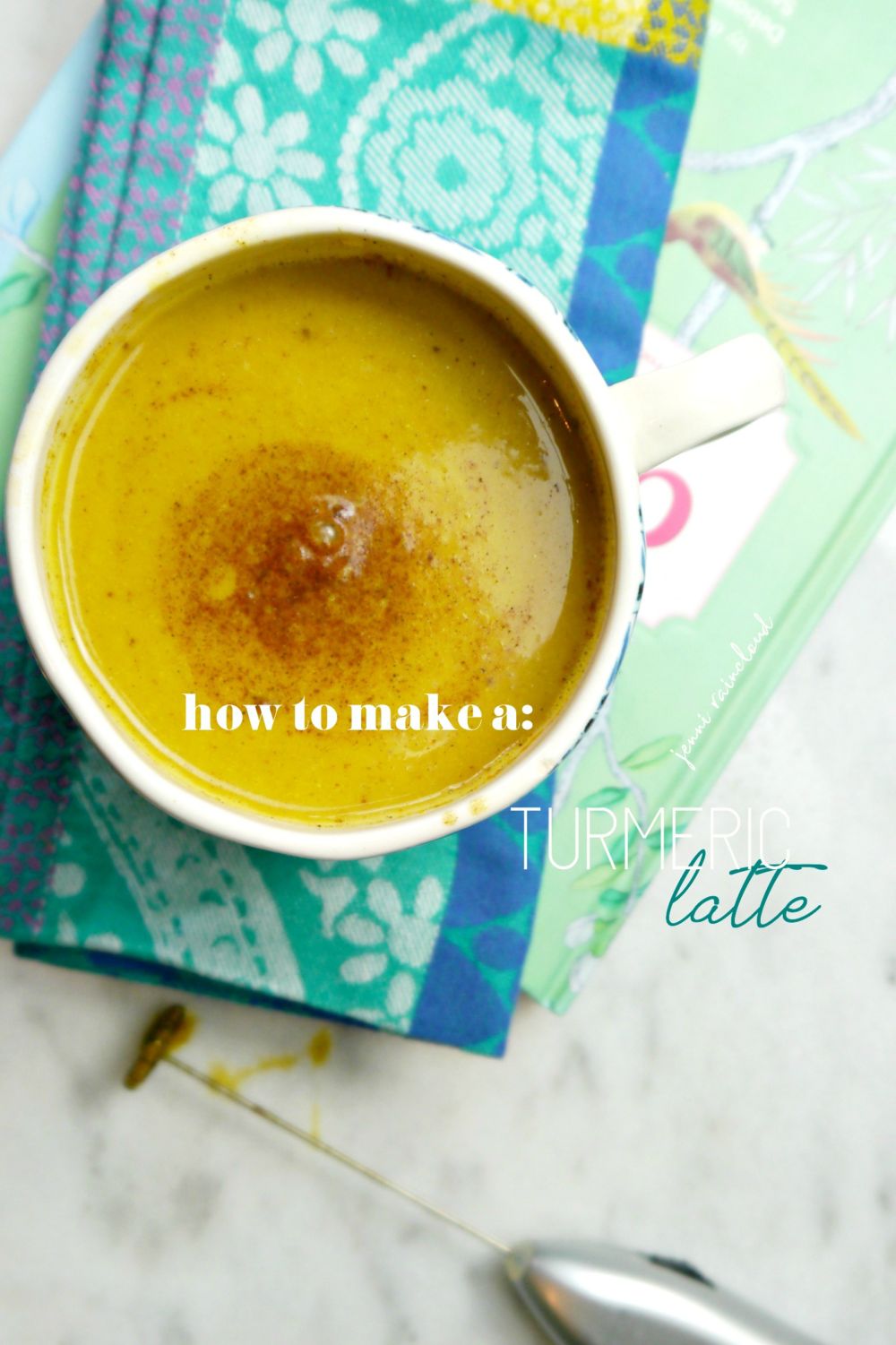 You may have heard of a turmeric latte, also known as golden milk but did you know you can make one at home quite easily?  If you haven’t tried one, you must.  They are rich, warm and sweet.  Turmeric might not sound like an ingredient you would want in your drink but when paired with other ingredients like cashew milk, cinnamon and honey, this latte tastes amazing!  Plus, turmeric lattes are great for your health!

Inflammation in the Body:

What exactly is inflammation?  Inflammation is the body’s natural defense against damaged cells, viruses or bacteria.  Often it results in a rush of blood to the compromised area of the body that comes with swelling and pain.

The Two Types of Inflammation:

Chronic inflammation can last for months or even years as a result of failure to eliminate the issue.  It can be caused by diet, stress, being over weight, overgrowth of bad bacteria in the gut and pollution.  Chronic inflammation is very common and steps should be taken to avoid it and soothe it.

As I age, I become more committed to nurturing my body and more keenly aware that I have chronic inflammation due to gut issues and bad lifestyle choices. Going grain free has helped immensely. In the past I only cared about how I looked on the outside, but now it’s so much more about what is happening on the inside as well as feeling good.

Curcumin is the main active ingredient in turmeric.

These benefits are incredible and make me want to look into a turmeric supplement on top of the occasional turmeric latte! 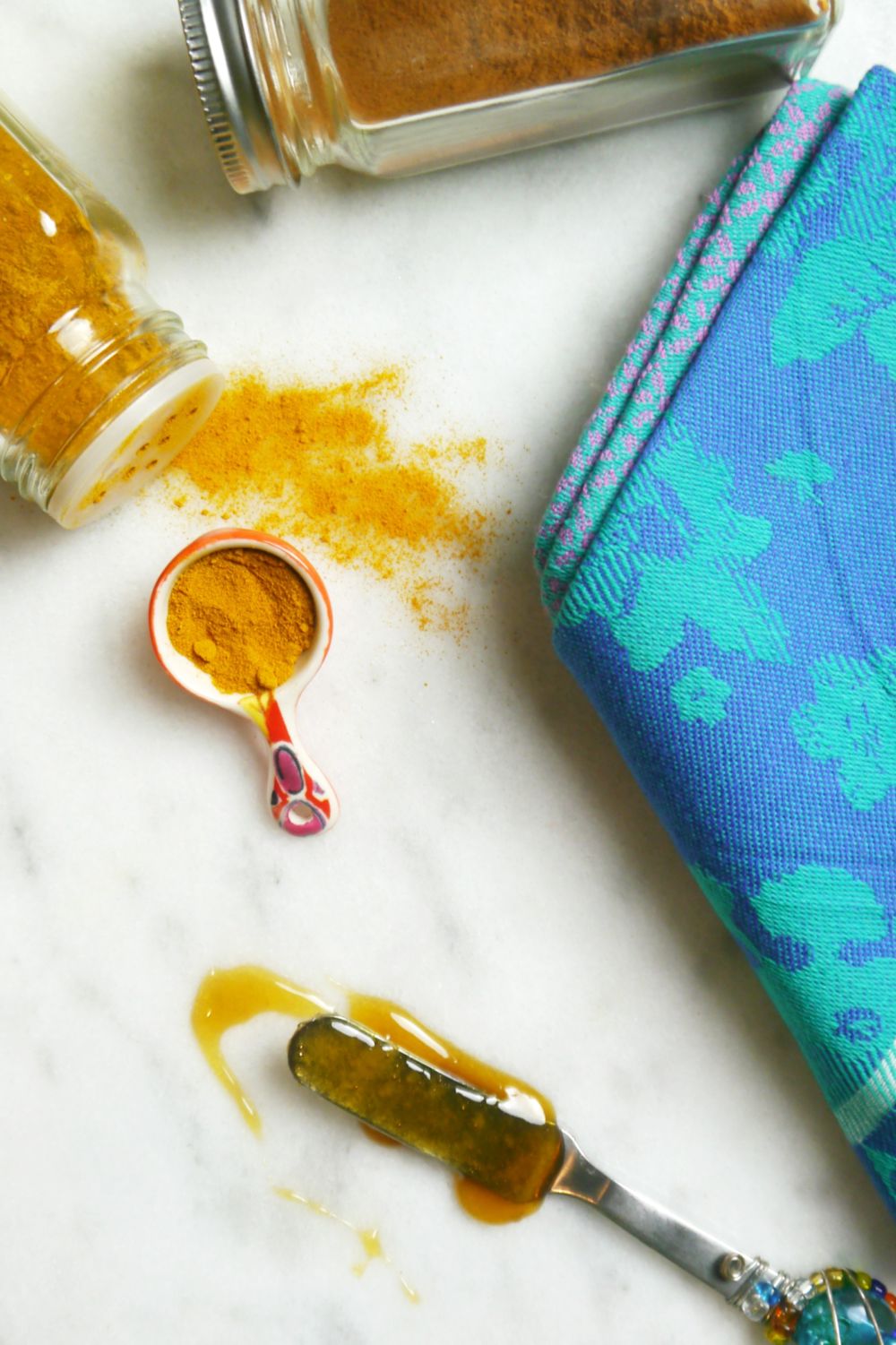 You can substitute coconut milk or almond milk for cashew milk.  I actually use cashew milk in my coffee as a creamer because, in my opinion, it is the creamiest of all the nut milks so it was a no brainer for this recipe!  You can also replace the coconut oil with grass-fed butter. 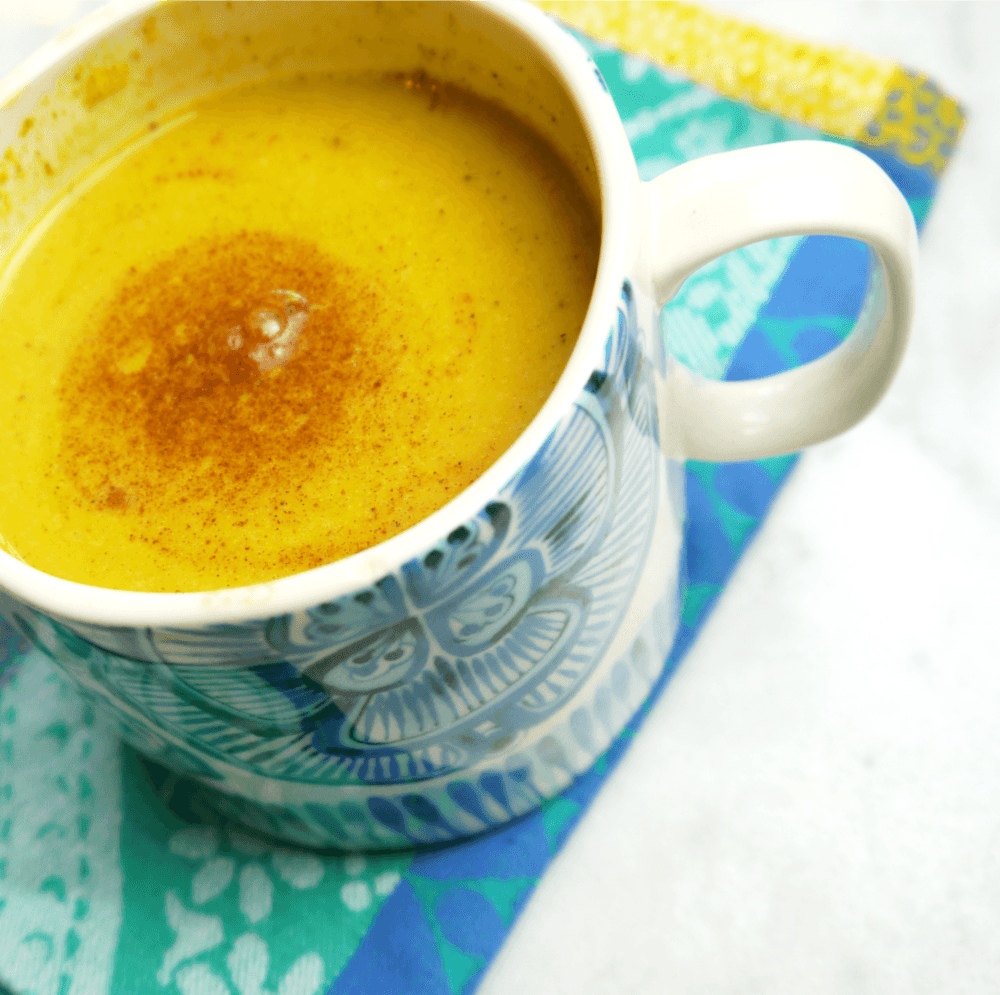 I love being cozy and part of getting cozy for me is a warm drink.  I try to stick to 2 cups of coffee a day or less so finding alternatives that are rich, fulfilling and actually healthy is quite exciting.  My matcha latte recipe is one of my favorites but it’s a bit more labor intensive so the turmeric latte recipe is a nice alternative.

For more information on the power of turmeric and how to use it topically for glowing skin, you might enjoy my turmeric benefits post + easy mask recipe.

Let me know how you liked this turmeric latte recipe!