The Benefits of Himalayan Salt Lamps 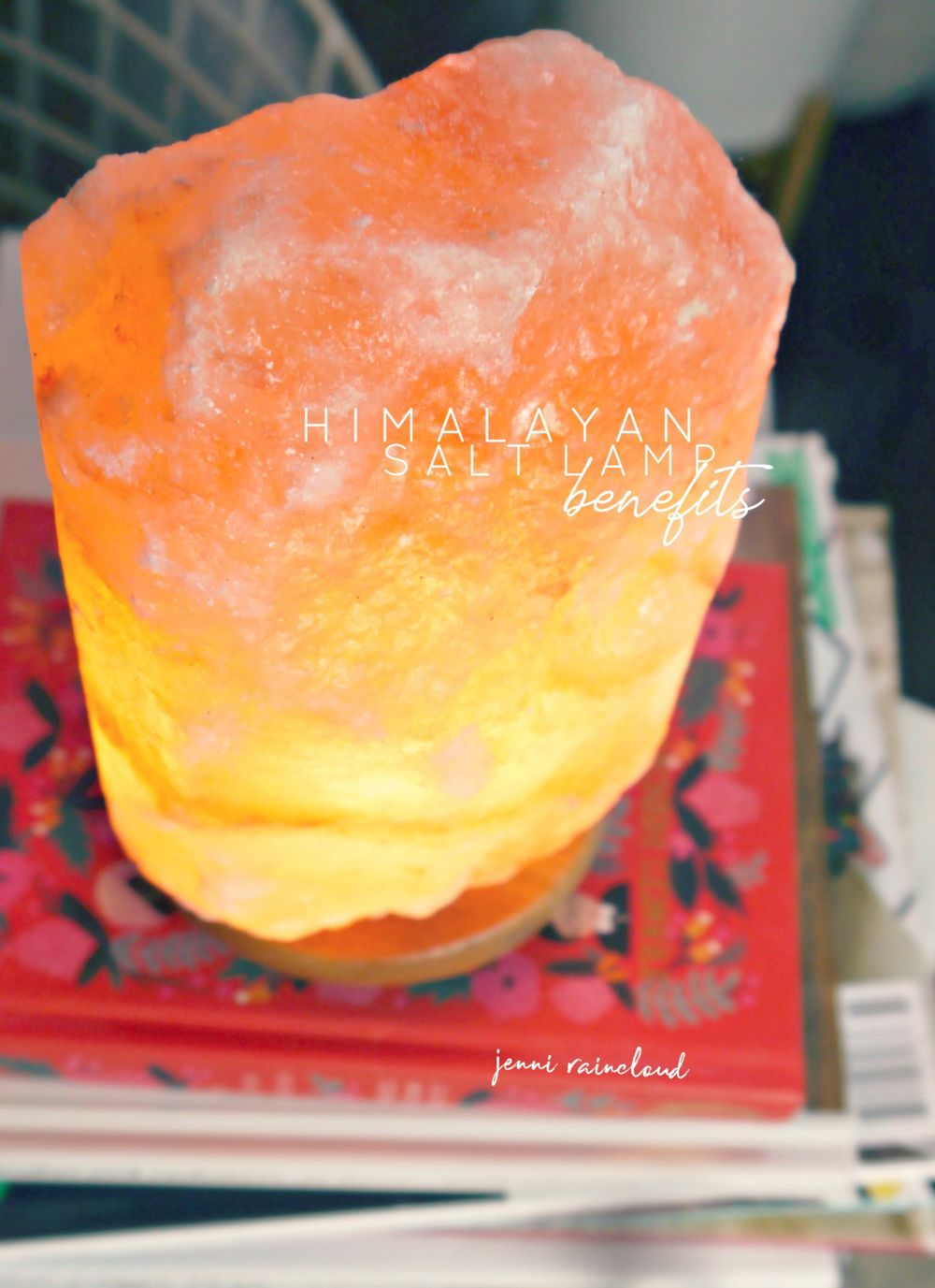 Pink Himalayan salt lamps have become a common site in many homes today.  They’re affordable and pretty but did you know that they also can actually improve the quality of your health?  An ancient practice called halotherapy is where large chunks of pink Himalayan salt are placed in a space with the intent to purify and cleanse the air and our bodies.  It’s been shown to ease anxiety, skin conditions, congestion, colds, sinus infections, sleep issues, bronchitis and ear infections, just to name a few.

First off, you should know that negative ions are a good thing.  Negative ions increase the flow of oxygen to the brain; resulting in higher alertness, decreased drowsiness, and more mental energy.  They help energize you and give you a sense of well being. Once negative ions reach the bloodstream, they are said to produce biochemical reactions that increase serotonin, a chemical in the brain that helps to alleviate depression, relieve stress, and boost energy.

An abundance of negative ions can be found in sun light and around running water such as the ocean, waterfalls and streams.  Rain is also a great source of negative ions! Plants during photosynthesis produce negative ions as well!  I just did a post on how plants can improve the quality of your air and this did not come up in my research for that post!

Negative ions may also protect against germs in the air.  By attaching to positive ions which often contain indoor pollution like pet dander and toxins from your paint, furniture and flooring, negative ions render these indoor pollutants powerless.

Positive ions, also known as free radicals, are often created by electronic devices such as computers, TVs, microwaves, and even vacuum cleaners.  They are also in abundance right before a storm. They can often make problems like allergies, stress and sleep issues much worse.

Indoor positive ions stress humans out on a molecular level.  They bombard humans with high frequencies at a level much higher than in nature.

Positive ions are also emitted from bacteria and allergens, which can increase respiratory issues.

Blue light comes from TV, computer, tablets and phone screens.  Blue light can interrupt sleep hormones and your circadian rhythm.  If you are experiencing sleep issues, you might want to stop using your devices, turn off LED lightbulbs and the TV once daylight is gone. At this point, lights such as salt lamps should only be used.

Color therapy is an ancient therapeutic technique that uses the different wavelengths of colors to alter mood. It’s shown to have physical, emotional and spiritual benefits.  The wavelength of a salt lamp is much slower then that of electronics which is why they have a relaxing effect.

Not only do electronics emit blue light, they also emit electromagnetic radiation.  Everything from your cell phone to your microwave can leave traces of this radiation. It’s like an indoor electrosmog.

As we discussed earlier, salt lamps release negative ions. Negative ions can help counteract and neutralize this type of radiation.

Hygroscopic means that an object attracts water to it’s surface.  Mold, bacteria and allergens are carried inside vapor or water molecules.  Salt lamps attract these water molecules removing them from the air.  This means that you should periodically clean the surface of your lamp with a damp cloth.

The Science Behind Salt Lamps: 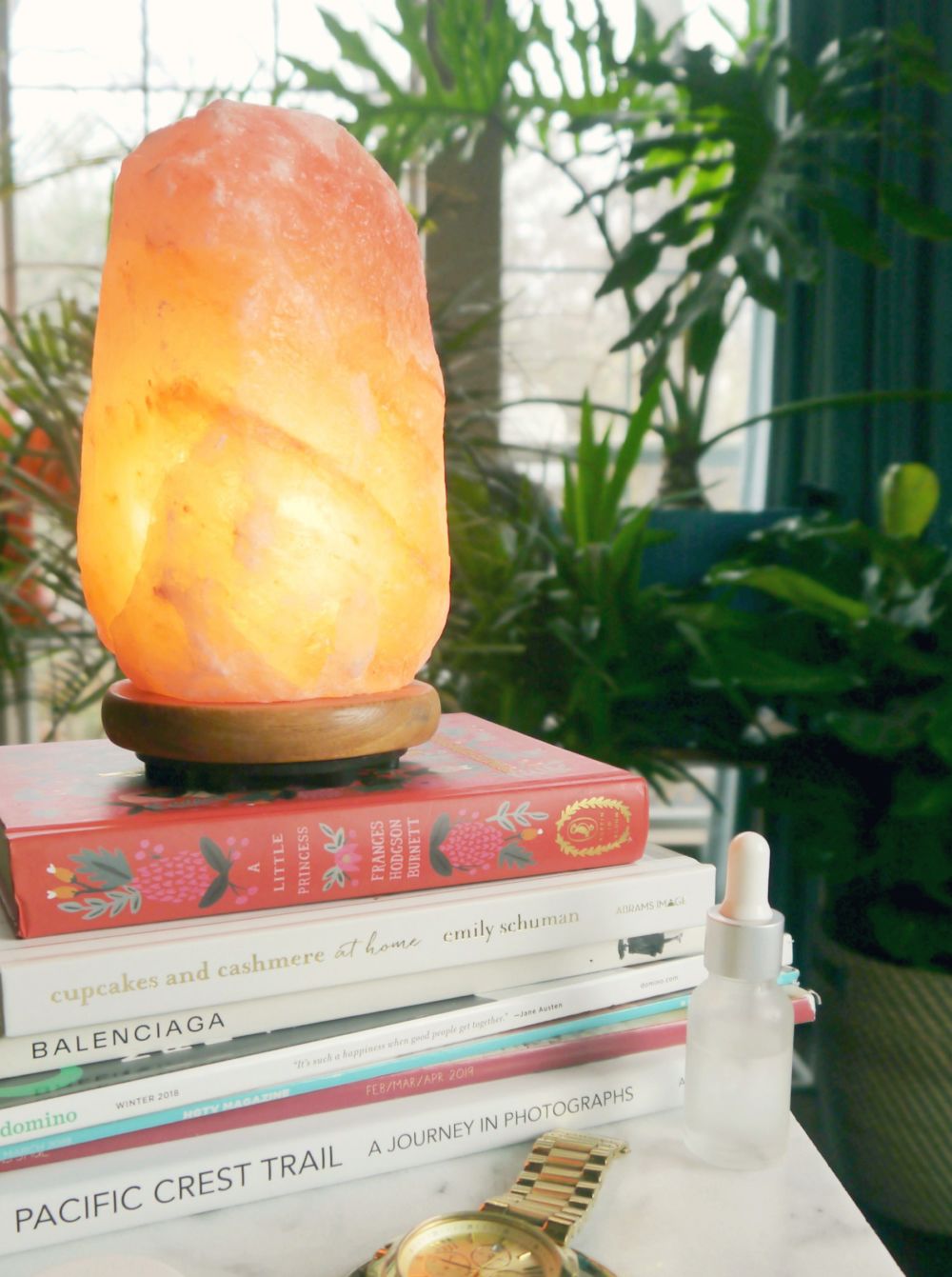 The salt lamp’s size will determine how much area it can cover. Here is a break down to help you figure out what size salt lamp you need. It is estimated that every 1 pound of salt covers a 15 square foot area in your home.

While salt lamps do emit negative ions, they don’t emit a lot.  However, it’s enough for me to want one in every room because negative ions, even a small amount are better then none!  Also, I posted HERE about negative ions and diffusing essential oils.

In my research, I happened upon a Himalayan Salt Inhaler.  Apparently pink Himalayan salt can be very helpful to people suffering from allergies.  I’m in the midst of springtime allergies so I’ve ordered it.  I’ll keep you posted on the results.  If I find relief, you can bet you’ll get a full post!

In conclusion, Himalayan lamps do serve a purpose.  While negative ions do get released, it is much more effective to go outside and rely on nature for your negative ions.  However, a Himalayan lamp, indoor plants and diffusing might end up being a very effective way to increase negative ions in your home when used all together.  I find salt lamps beautiful and quite relaxing with their warm glow and am very intrigued by color therapy and how the wavelength of a color can be beneficial!

Do you own a pink Himalayan salt lamp?  If so, have you noticed any benefits?